I blacked out on the plane, collapsing in a heap in the aisle. The hostess put me in the back row on oxygen for a time and that did the trick. What a dramatic way to start my adventure flying from Auckland to Shanghai!

After landing safely in Shanghai it was downstairs to the Maglev (Magnetic Levitation) train travelling around half the speed of the Jumbo jet. After a short period of confusion around the ticket machine it was onto another train for about seven stops to catch a cab to some hotel where Brett was going to join me in a day or so. I gave the cab a miss as these three lovely girls offered to take me to some “cultural” event that happened to be starting nearby in about 10 minutes. I had the whole day to fill in and so being the adventurous type; it was up a couple of side streets, through an alleyway into a decorated room with some guy serving up all manner of Chinese teas. It was going relatively well until we were interrupted by what turned out to be a police officer who removed one of the girls and put the other two a little on edge. I have travelled a bit and have always been taken by the friendly open manner of the Asians, but apparently I miss-read this situation and was soon on my way on foot to the hotel. 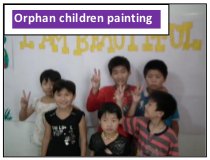 I found the hotel just where the girls said it would be and Brett showed up a day later. We headed to the Hongqiao Airport to be joined by team members, A & R. A slight delay in booking meant we were on separate flights and, as it turned out, leaving from separate airports, so I’m back on a train to somewhere, swapping lines at a certain point, jumping on another which took me to Pudong Airport, the correct one this time. But I arrived on time, through the gate and off to Urumqi.

Urumqi is a fairly large city toward the North Western corner of China near Kazakhstan and Mongolia.

From here we boarded the overnight to train to Yili with what appeared to be about a thousand other travellers. A very pleasant, gentle and repeating motion through the night was conducive to some far away thoughts and distant memories. Getting up early the next morning it was clear we were getting well out to the Western reaches.

Brett’s approach is direct, and that goes for his dealings with the Chinese government as well. So we set up a meeting with the Regional leaders and after a few cups of Chinese tea we all agreed to have another meeting. We were picked up by the official Government vehicle, transported to our new digs at the five-star Government Hotel and then a little later off to a banquet where there was toasting and complimenting and more toasting. We agreed on another meeting and back to the hotel for a good sleep. In the morning, tours of orphanages, dairy farms, hospitals, orphanages and then another banquet with toasting and lots of compliments. They are very relational and seem to like to get to know you a little this way.

There were some sights, one of which was me sitting between two government officials belting along a rough dirt road on a small motorbike. Brett came alongside the three of us in the Official car, snapped a shot before retreating just in time to let the oncoming truck through, who incidentally had no intention of making any effort to avoid the inevitable. These officials were very friendly and went right out of their way to make us welcome. They seemed genuine to me and I got to liking these Communist officials.

While we were in the Yilli area, we stayed at R’s Mum and Dad’s home. I have never seen quite so much colour assembled in one place than here in the markets of this little hidden gem. The character is printed deeply into the older men’s faces and the rich blend carried here long ago by the silk traders has created so much diversity and made for some very beautiful women. It was an absolute treat to pass this way and I can’t but hope that the future may again lead me back to these very colourful Urgur people.

We were introduced to what may well have been the wealthiest businessman in this region. We were immediately transferred to the penthouse suite of his hotel which appeared to be the top hotel in the city. His driver then delivered us to the first of several banquets, and I mean banquets. Mr Chen turned it on for us and had his driver cover over a thousand miles with us on board. 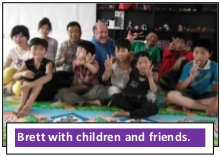 In this region there is a small city called Tekesi. This is where we stayed for seven days. It has a population of 150,000 people which includes approximately 1100 orphans and it did appear to us that there was a good opportunity for Share Global’s involvement; the officials certainly appeared to welcome any help they could get. In fact the woman leader said her greatest concern here was for woman and young children and she seemed genuinely concerned.

We then headed east to Yiwu where we stayed in Brett’s apartment and had several wonderful days with a real shower and a real toilet. We went to a few weddings including an all-out black African one where the dancing was something else.

It was then on the train and off to Guoyang to meet perhaps the most amazing person of the entire trip. Brett and this friend have a wonderful relationship and have since re-gathered a number of these children into a newly formed orphanage.

We spent several days here so with our friend and his family we spent a lot of our time with their little orphan kids, playing ping pong, badminton, soccer, basketball, painting, puzzles, lots of laughing and a few tears also. Brett was able to help them get a freezer, a shower, a hot water cylinder and numerous other goodies to help lighten the load of these overburdened, unpaid caring folk and bring just a little encouragement that seemed so appreciated.

I had to leave Guoyang and catch the overnight train back to Shanghai for my flight home, so with that gentle repetitive motion and my thoughts off into the night, it could have gone on for days as far as I was concerned. But a lovely young lass popped into my cabin to practice her English; that turned out to be another story! We met up in the morning and she took me on several different trains across Shanghai until she was satisfied I was safely on the right path to the right airport. I bought her a coffee and insisted she get the biggest chunk of cake she could find; she did pretty well there and after devouring that she said she had now fulfilled her duty and needed to go because it was Buddha’s birthday. I was impressed with the Chinese from start to finish and am looking forward to the next leg of this adventure.

This Newsletter is sent out by Share Global. Visit our website for more information and details on how you can be involved.

This entry was posted in News. Bookmark the permalink.